In December 1962, Bob Dylan played his first British gigs. Among the places he played you can include modest corner pub the King and Queen pub in Fitzrovia.

The performance is the stuff of music legend. If the number of people who claim to have been in the pub that night were actually there, then this little boozer would be bigger than Shea Stadium.

The young singer was in London not to sing – nothing is ever straightforward when it comes to Dylan – but to act in a BBC play. The play was The Madhouse on Castle Street by young Jamaican playwright Evan Jones, the tape of which was wiped by the BBC in 1968. No copy has ever been found.

Dylan was billeted at the Mayfair Hotel near Berkeley Square where, legend has it, his dope smoking habits incurred the ire of the management. During his stay, he also swung by London's famous folk venues – The Troubadour on Cromwell Road among them.

He returned to the U.S in January 1963 to complete his second album, the epochal Freewheelin'.

Legendary English folkie Martin Carthy, with whom Dylan became firm friends (even crashing with Carthy in his Belsize Park flat) believes that Dylan's first London visit had a big impact on the the singer's journey. Quoted in the (much-missed) Observer Music Monthly a few years back, he said:

"'His time in England was actually crucial to his development. If you listen to Freewheelin', most of which was made before he came to England, and you listen to the next album after that, there's an enormous difference in the way he's singing, in the sort of tunes he's singing, the way he's putting words together... Bob Dylan's a piece of blotting paper when it comes to listening to tunes.... It [London] had an enormous effect on him.' 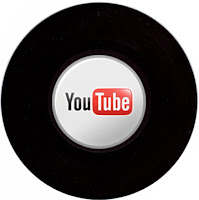