Well done to all concerned – but especially to United DJ Radio – for placing a plaque at the London HQ of legendary Radio Luxembourg.

The plaque was unveiled on Friday… 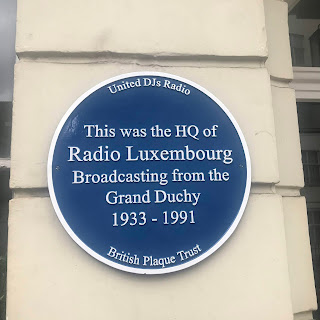 You can find it in Hertford Street, Mayfair - it's one of the locations on my Rolling Stones 1960s map of London. I put the map together a couple of years back to accompany the excellent Rolling Stones On Air In the Sixties CD and book release… 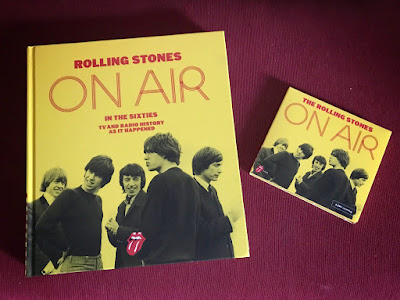 But it's always seemed to me that The Stones themselves wanted little to do with that part of their career.

Understandable, I suppose, given that they lost control of the 60s catalogue to former manager Allen Klein a long time ago.

The On Air book and CD redressed the balance and is a delight for fans of the band's formative period. Particularly those who are fans of Brian Jones's guitar playing.

While you're listening, consider that these performances were, for many, a first exposure to slide guitar. For many Brits back in '63, these performances form an introduction to the blues. In the story of pop music, these are monumental moments.

The On Air album – two CD's – features their BBC performances in 1964 and '65 recorded for radio at three London venues – Broadcasting House, The Playhouse Theatre and Maida Vale Studios.

The accompanying hardback book – follows them through radio and TV studios in the UK and across the world and weaves the narrative of the Stones' first act with the story of mass media's global explosion. Great photos, too.

On Air – A London Locations Map

To accompany the Rolling Stones book & double CD, I've put together a map featuring the three locations where the double CD's tracks were recorded for the BBC plus seven other London locations as featured in the excellent accompanying book.

For my full schedule of London Music Tours click HERE