Buckingham Palace. Is this the least Rock’n’Roll building in London? Far from it… 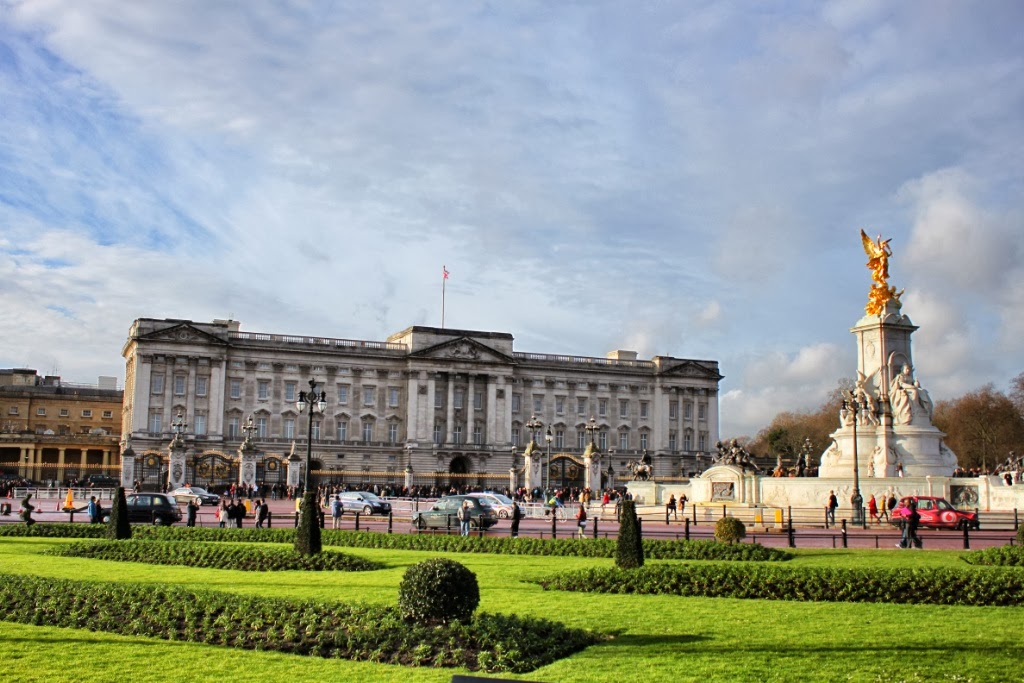 The Beatles were awarded their MBE’s here in 1965

No they DID NOT smoke a spliff here – a persistent myth that refuses to go away. The Beatles merely puffed a humble gasper in the loo to steady their Fab nerves while waiting to get their badges from Her Maj. Some sources credit John Lennon with the creation of the mischievous myth. When Ringo Starr was asked to confirm or deny the matter in the 90's, he quipped: "I can't remember… I was too stoned."

Having been dumped by EMI, the Pistols were picked up by A&M… 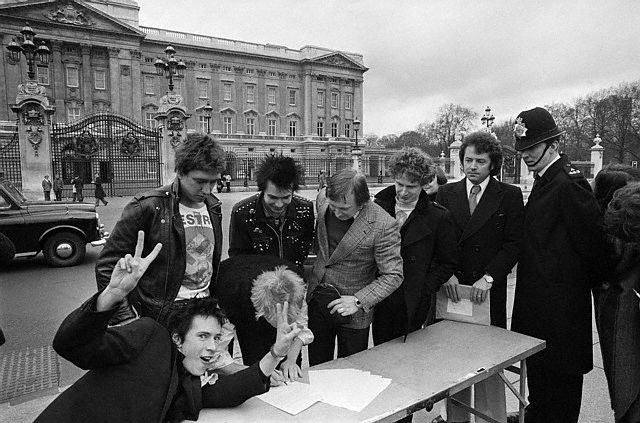 … only to be dropped SIX DAYS later 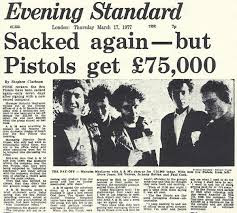 2002 Brian May played atop the palace for HMQ’s Golden Jubilee.

Do you see what they did there? Brian May – Queen – geddit?

Dr. May is a noted anti-fox hunting campaigner. Wonder how that went down in Buck Pal? 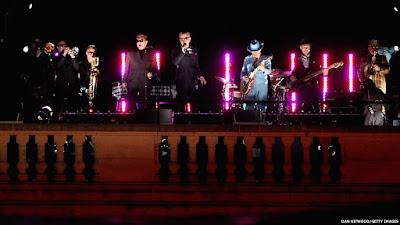 Madness repeated May’s stunt en masse for the Diamond Jubilee. The Royal Family – Madness – geddit? (We think that one might have been an accident.)

In one of the most gently seditious moments in the history of British music, North London's finest played Our House… for as tax payers what is Buckingham Palace but OUR house. Nicely done…