The Rolling Stones In London – A London Music Tours Special

Coming to London for the Rolling Stones at the London Stadium this week?

The Rock'n'Roll London Pub Tour with LIVE Music on Wednesday 23rd May is a Rolling Stones In the 60s special. 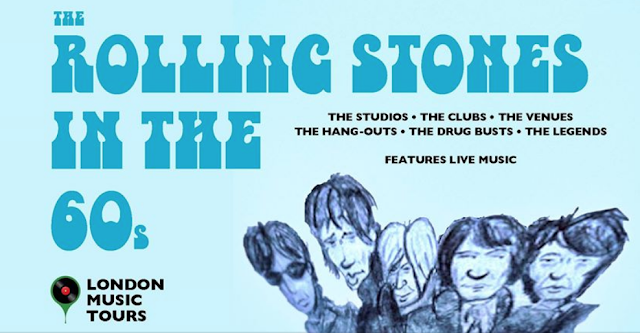 Tour costs £10 - pay on the night or book online now

London is where The Story of The Stones begins and we’ll be bringing it all back home to visit....

In addition we’ll trace the roots of the band through the stories of those who helped shape and influence them: Alexis Korner, Cyril Davies & Andrew Loog Oldham.

There will be cameo roles from Pete Townshend, The Beatles and the drug squad along the way.
Music, legend, social history and scandal. A most memorable Wednesday night with an expert guide who is “Friendly… passionate… brilliant…


Pay on the night or book online now…

“Like being on a tour with your own personal rock star”